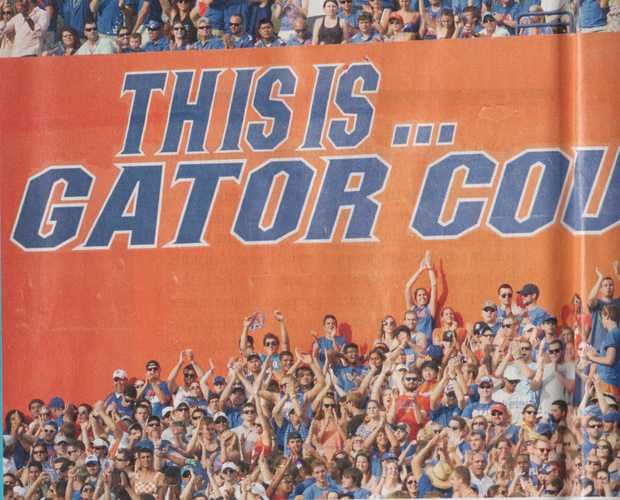 Thanks to my friend Dan, who’s also in the photo and spotted us, for scanning this and sending it over. 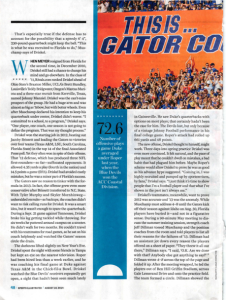 My first year of going to Gator games was much different than my time at MTSU—the bouts were more intense, the stadium far more packed, and the fans exponentially more passionate.

It was disappointing that the UF football team had its worst record since 1979 and, in falling to Georgia Southern, its first loss to a Division I-AA team since 1946.

But hey, there’s always next year, and one piece of awesome did emerge from the wreckage: I made it into the latest Sports Illustrated, in a story on the Gators recovering for the upcoming season.

Can you spot me in the picture from the home game against Tennessee? Hint: I’m one of the applauding folks.

Post in the comments when you’ve solved Where’s Michael!