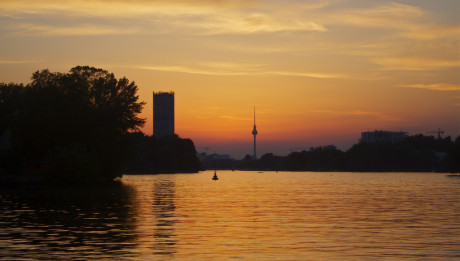 On my seventh day in Berlin, I ventured to the Neues Museum, which has an impressive collection of artifacts, the most notable of which is the Nefertiti bust; and the impressive Soviet War Memorial in Treptower Park, which includes a 40-foot-tall statue of a Red Army soldier holding a sword and [...] 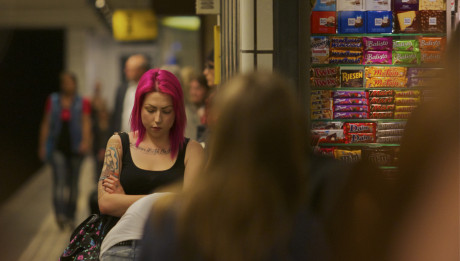 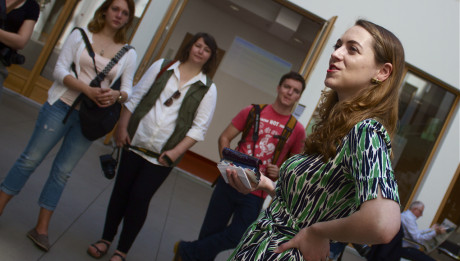 Day 5 was mostly uneventful, but we did have a chance to chat with Mary Lane, a Wall Street Journal arts reporter based in the newspaper’s Berlin offices. Photos from the day are below. Also, here are some more tips I’ve picked up since getting here: Exchange rate: If you find a [...] 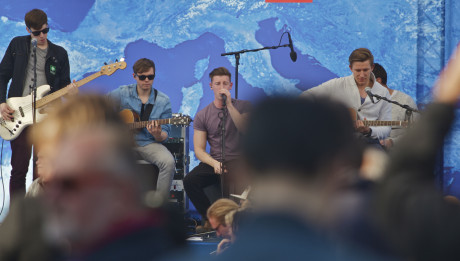 Our fourth day in Berlin was probably the most eventful yet, with visits to the Reichstag, Germany’s “equivalent” to the U.S. Capitol building; the Brandenburg Gate; and a socialist political rally in Alexanderplatz square that featured the German band Lastrel. We also visited with John MacDougall, an Agence France-Presse (AFP) photographer based in the city. [...] 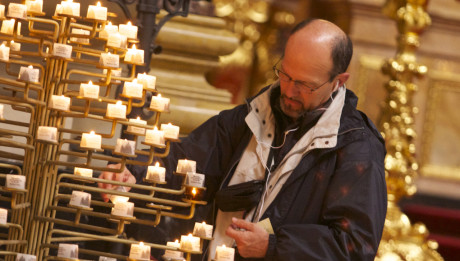 Weather canceled our walking tour through Berlin, but we still managed to get to the Berliner Dom, the world’s largest Mercedes-Benz showroom and cylindrical fish tank, a bike race that closed many of the city’s streets, and some other sites. You can check them out in the photos below (I [...] 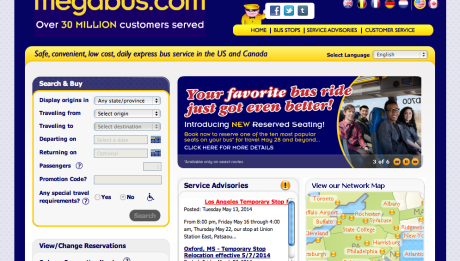