Phil Lesh Quotes: 10 Time-Tripping Ones from ‘Searching for the Sound’ 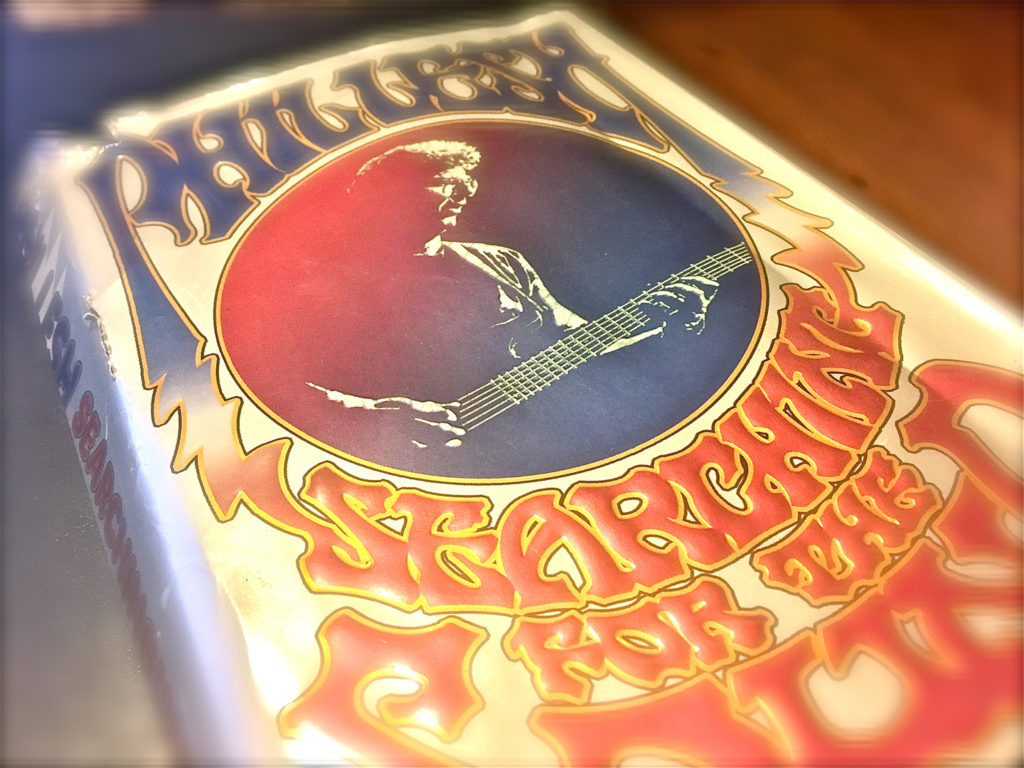 “Searching for the Sound: My Life with the Grateful Dead” is Phil Lesh’s 2005 autobiographical exploration of himself and his decades of playing bass with what is arguably the 20th century’s hardest-working rock band.

He especially digs into the Dead’s formative years — the drugs (the band attended Ken Kesey’s now-renowned acid tests, including the first one), the musical and lyrical innovation, the beginnings of members’ families, the intra-band strife, the business-side struggles, and the hard-earned successes.

Along the way, readers learn plenty of fun anecdotes, like Lesh being a musician but not a bass player when Jerry Garcia recruited him in the mid-‘60s, and the still-not-yet-known person who on a whim introduced drummer Bill Kreutzmann to Mickey Hart. This introduction led to the latter joining the band as its No. 2 drummer two years after its inception under the Grateful Dead name.

There’s plenty of sadness, like Garcia’s and founding keyboardist Ron “Pigpen” McKernan’s overindulgence on drugs and alcohol, respectively, leading to their premature deaths.

There are also plenty of good times: a rock star-filled booze train through Canada, Lesh eventually meeting the love of his life following some nowhere-near-as-good relationships, and how the music has been kept alive through various reincarnations following Garcia’s death in 1995 and the band’s subsequent dissolution.

Some of my biggest factual takeaways from the book are:

And then there are these quotes from the book, my favorites. Hope you enjoy, too.

1.“Leaving the Army, (Jerry Garcia) gravitated south to Palo Alto, where old friends and a place to stay awaited him; he had determined that he didn’t want to go to school or to work. His goal was to goof off, and if your idea of goofing off is practicing the guitar all day and then playing in clubs at night, or raving all night with friends at the local coffeehouse and then going out to frolic in nature, he succeeded sufficiently.”

2.“I had to play new ideas without thinking, based solely upon context and expressive intent, and there was no space for reflection or revision. Except, of course, when I made a mistake: After playing a wrong note, for instance, I would quickly resolve it to a proper note — but then I took to repeating mistakes (a simple matter, since the music was built out of repeating modules, or strophes) in order to resolve them differently each time. I soon began to see dissonances caused by wrong notes, or right notes in the wrong place, as opportunities rather than liabilities — new ways to create tension and release, the lifeblood of music.”

3.“At the beginning, we were a band playing a gig. At the end, we had become shamans helping to channel the transcendent into our mundane lives and those of our listeners. We felt, all of us — band, Pranksters, participants — privileged to be at the arrow’s point of human evolution; and from that standpoint, everything was possible.”

4.“Layer upon layer of sound — cars, horns, shouts, rumbles, sirens, cries, laughter, gunshots, screams, sirens, bells, impacts, screeches, sirens — the whole urban symphony of Industrial Man, coming from near and far, high and low, finally weaving a shimmering web of discontinuous rhythm, and in the longest slow fade ever, subsiding over hours to a dull roar, felt rather than heard, only to rouse itself anew as the sky brightened with the light of another day. If I slept at all that night, I must have dreamed it.”

5.“After Pigpen, Bobby, Rosie, Rock, and several others were handcuffed and loaded into the paddy wagon, the whole caravan peeled off for the downtown Hall of Justice, leaving an empty house with a beautiful fresh kilo of Acapulco gold on a shelf in the pantry! I have to wonder — what evidence did they actually take with them? Later, a grand jury indicted the lucky few on charges of possession. The charges, of course, were soon dropped. The other hilarious aspect of the bust was the Chronicle’s coverage: a huge headline, GRATEFUL DEAD BUSTED (at least they spelled it right), and a photo of Pigpen, who didn’t even smoke weed, with the caption ‘Source of Supply.’”

6.“The ability of music to touch our very souls is at once its delight and its danger; the nature of the message wrapped in its seductive glamour can be anything at all. Music doesn’t care. Like any of humanity’s prototypical tools — language, technology — it can be directed to vastly different ends.”

7.“Picture this if you will: a smallish venue filled with students; the promoters, students themselves, freaking up the wall, their investment totally blown; the band, crew, and management on stage trying to explain in one and a half languages (English and Franglais); the mood of the students growing ever more restive and ugly; the only refuge a small dressing room at the back of the stage. As the protests grew more and more intense (the students, predictably, had briefly turned to arguing among themselves), we slipped one by one into the relative safety of the backstage shelter, and as the door began to cave in under the onslaught, we decided to opt for discretion over valor, and leave. Unfortunately, the only window was one story from the ground; luckily, there was a drainpipe next to it, and a truck conveniently parked at the end of the pipe, so down we went — shimmy down the pipe, jump to the truck, crawl to the ground, sprint for the bus — all the time laughing hysterically at the sheer absurdity of it all.”

8.“At sunset, as if in affirmation, the people on the neighboring boat broke out some instruments and began jamming! A flute or oboelike wind instrument, two small hand drums, and voices punctuated with clapping hands — human beings making music for the sheer joy of it: No doubt revisiting old favorite songs (and adding bawdy lyrics), they played far into the night with an exuberance and elan that took our breath away. It’s a happy thought: Even if there were a culture in which there were no professional musicians, everyone would make music as well as they could anyway, without thinking of personal recompense, because music is ambrosia for the soul.”

9.“Before our gig at Deer Creek Amphitheater, in Indiana, I was in my hotel room and management called to give me some frightening news. Someone had threatened to kill Jerry during the show. The irony is that the death threat was redundant. Jerry looked, acted, and sounded as if he were already at death’s door. It made me feel physically ill watching him try to get through each show. I sat on my bed, my mind in turmoil, and decided: This is it. I went to the band and management and told them that I was already packed and I didn’t want to finish the tour. The promoters led the cheerleading — the show must go on. Jerry was adamant in his decision to go ahead and play, so I wearily acquiesced. Metal detectors, armed police, attack dogs, etc., were put in place, and the band did what we always did. We took the stage.”

10.“The Grateful Dead group mind was in essence an engine of transformation. As such, it had no mortality of its own — it made no judgments, took no positions — it merely opened valves for music to pour through. As long as the only things we cared about were exploration and ecstasy, that’s how long it remained pure.”