13/10/2016 No Comments on Marty Jourard, One of Gainesville’s Made-It Rockers, Chronicles the Petty Days 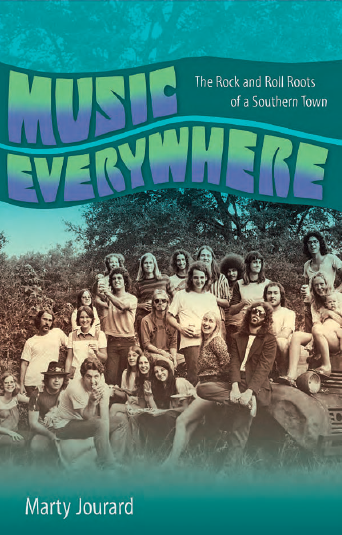 Anyone who has called Gainesville home for even the briefest glimpse has likely heard the scattered icons that the city contributed to rock ‘n’ roll.

Among the most recognizable: Tom Petty and the Heartbreakers, Eagles guitarists Don Felder and Bernie Leadon, and Stephen Stills of Buffalo Springfield and Crosby, Stills, Nash & Young. In the wake of these megastars are the now nonexistent venues and businesses — like the bar Dub’s Steer Room and music retailer Lipham Music — that helped propel them in their early days in the University City.

Often in biographies and documentaries, these musicians’ hometown and their oft-interconnected lives (Felder taught Petty guitar at Lipham’s, for instance) during the 1960s and early ‘70s are reduced to quick mentions. This is understandable, of course, because America learned of them only after they moved away.

But it leaves an obvious gap in the equation and in history: What is it about Gainesville that made the city an incubator for the aforementioned names plus those who’d come later, including Against Me!, Sister Hazel, Less Than Jake and Charles Bradley?

Enter Marty Jourard, who targets what was in the water — and the keg — in his new book Music Everywhere: The Rock and Roll Roots of a Southern Town, released in April by the University Press of Florida.

Read the full story in Our Town magazine.