ZocDoc’s Patient-First Philosophy Clicks with Users and Their Physicians 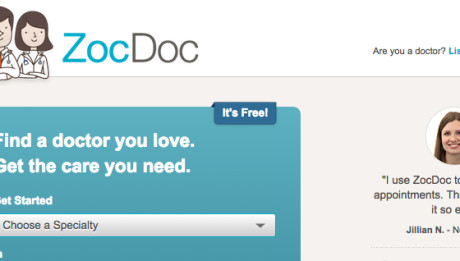 ZocDoc.com — When Randye Karmin, MD, opened a new ob-gyn office in Miami in 2010, the patient load wasn’t exactly a problem, but she did want to find a way to invite in at least a little more business. She and her husband had moved to the city with [...]

Developing an Eye for Detail with Art and Science 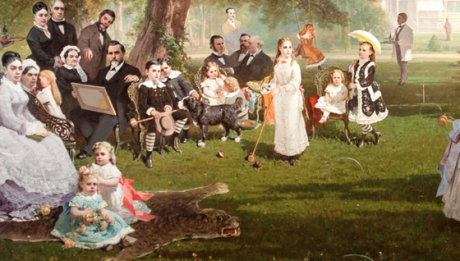 On the first day of class, Paula Trepman is skeptical. Before her is Thomas E. Hill’s 1878 painting Palo Alto Spring, depicting a get-together of the affluent Stanford family on its farm, the future site of the university bearing the family’s name. First, Trepman and other students in the class silently [...]

All in your head: BME alum carries brain work to presidential level 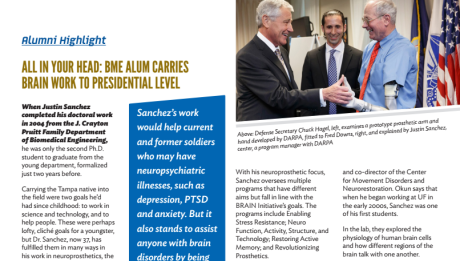 When Justin Sanchez completed his doctoral work in 2004 from the J. Crayton Pruitt Family Department of Biomedical Engineering, he was only the second Ph.D. student to graduate from the young department, formalized just two years before. Carrying the Tampa native into the field were two goals he’d had [...] 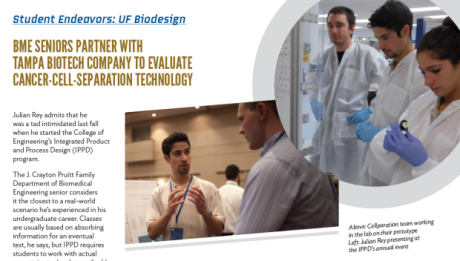 Julian Rey admits that he was a tad intimidated last fall when he started the College of Engineering’s Integrated Product and Program Design (IPPD) program. The J. Crayton Pruitt Family Department of Biomedical Engineering senior considers it the closest to a real-world scenario he’s experienced in his undergraduate career. [...] 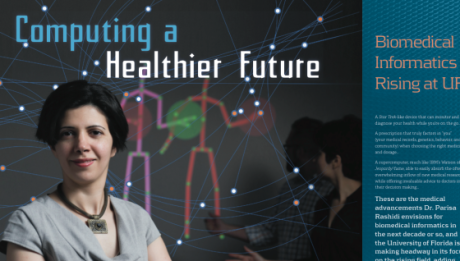 A Star Trek-like device that can monitor and diagnose your health while you’re on the go. A prescription that truly factors in “you” (your medical records, genetics, behavior, and community) when choosing the right medicine and dosage. A supercomputer, much like IBM’s Watson of Jeopardy! fame, able to easily [...]