‘I’m No Hero. The Heroes Are Still There.’ 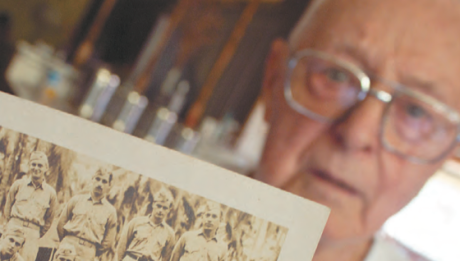 — The Sirius station devoted to Frank Sinatra croons in the dark house — the lamps are set to switch on at other times — that stands along a dirt road in rural Levy County. “Make it one for my baby,” Ol’ Blue Eyes sings, “and one more for the road.” At [...] 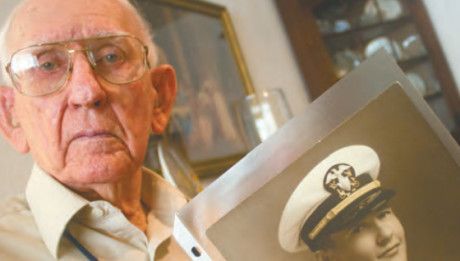 On a pleasant weekday afternoon in his humble, charming Gainesville home, Robert McAlpine flips through a portfolio of drawings finished some 70 years ago. They bring a touch of horror to this peaceful day: helmeted men stationed at hulking guns, planes shredded to pieces in midair, sailors bobbing in the [...] 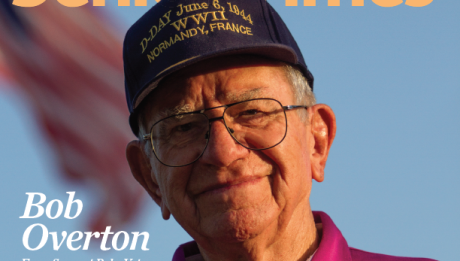 — Bob Overton and three other members of the 217th Military Police Company settle down for the night in a hotel lounge just over the German border. Behind them: the 10-months-long trail of bloodshed that expelled Nazi power from France and the Low Countries. Suddenly, two infantrymen stomp drunkenly into the hotel and start to smash glass [...]

Nazi death train at Farsleben: ‘They were next to skeletons’ (WWII oral history) 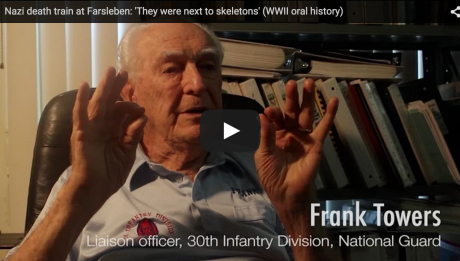 Frank Towers, a 97-year-old World War II veteran and one of the main subjects in my “Christmas at War” story from last year, witnessed two major but largely untold events from the Eastern Front. The first was U.S. air forces accidentally bombing their own troops at Malmedy, Belgium, in the confusion [...]

The Last Public Swastikas in Berlin (video and photos) 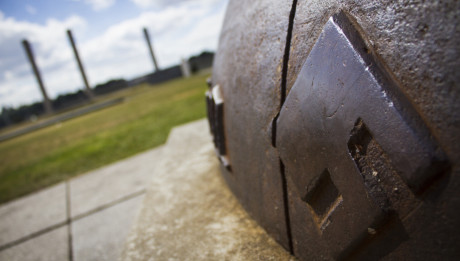 — During my trip to Berlin last year, I asked our tour guide, a university researcher in Nazi history, if there are any public displays of swastikas left in Berlin. Sure enough, he said, there are two symbols of Hitler’s Third Reich, illegal in most cases in Germany since the end of [...] 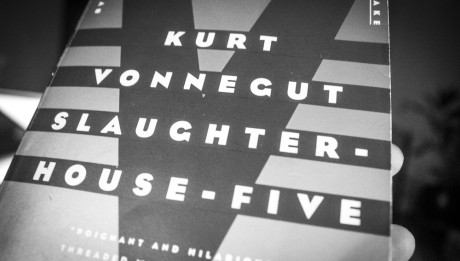 — After tackling Cat’s Cradle and Breakfast of Champions, the next clear Vonnegut choice was his magnum opus, Slaughterhouse Five. The story centers around Billy Pilgram, a chaplain’s assistant in the U.S. Army who bounces around in time throughout the novel and, most significantly, witnesses the Allied bombing of Dresden [...]