Three Years Ago, I Should Have Died 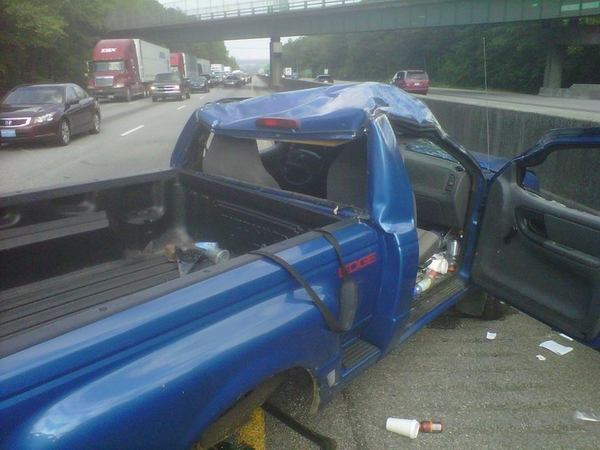 Traffic moves slowly on Interstate 20 after my truck rolled twice across all four lanes before resting in the median.

It’s been more than three years since I took a tumble across all four lanes of Interstate 20 during rush-hour traffic in Atlanta.

A lot has changed in my life between that day in May 2011 and now. I left Patch and Atlanta for the University of Florida and Gainesville. I went to the Galapagos with my grandfather, to Berlin with UF, and across Germany and the Czech Republic with Hannah to see more of the world. 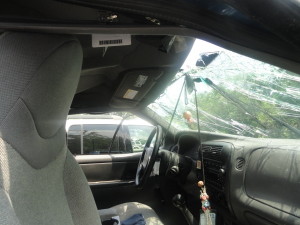 The inside of my truck after the wreck.

I taught my first college courses, switched from being vegetarian to vegan, and wrote a novel. Overall and most importantly, I’ve cliche-ly grown as a person.

But yes, what a nasty wreck it was. Per usual in Atlanta, traffic had brought my truck to a dead stop in the far right lane.

The driver who hit me obviously wasn’t paying attention. His car swerved at the last second and wedged under the right corner of my truck’s bed, sending me across the whole of I-20. Thankfully, I landed right side up in the lefthand emergency lane without hitting another car.

But I wasn’t unscathed.  I had some internal kinks to work out, mostly in my mid-back. That, plus the rehab, many visits to doctors and legal affairs, made 2011 the year from literal hell.

Such trying times, though, do make you a better person, I truly believe. And I did have enough sense to eventually hire a trial lawyer because the insurance company certainly wasn’t going to help me through like they should have.

What an important moral that is: Hire a trial lawyer if you’re in a bad wreck because it’s insurance’s job to treat accidents far less seriously than they are.

But all that’s behind me now. I’m looking forward to wrapping up my last semester in my master’s program at UF and pushing forward with wherever life takes me.

And to you, I take my near-death experience as a chance to offer some advice: Pay a mindful eye to your rearview mirror, but remember that what’s most important is forever out the windshield.