Victim names and flowers around one of the two pools at the National September 11 Memorial & Museum, shown in November 2019. (Photos by Michael Stone)

They aren’t anything impactful or otherwise of importance, but here they are.

In ninth grade at Boyd Buchanan in Chattanooga. At far side of school’s relatively new high school building, coming from biology and rounding corner to walk into Spanish (about bottom right of this photo).

Just outside Spanish, overheard between two schoolmates in hallway “Twin Towers,” maybe for first time ever.

Saw coverage on boxy TV jutting from the left wall in Spanish classroom.

Listened to more coverage via radio in next class (Bible) because it was the football coach’s class and that room beside the field didn’t have a TV.

That night, saw channels halting programming to pay respects. My mind points to HGTV specifically for some reason (shown below), but I remember, perhaps incorrectly, a light green background and not black.

A few days after, watched Jon Stewart coming back on and crying. (I say this with 65% certainty because could have seen a replay later.)

In 2004 during academic trip to England with students from across U.S., one explained he his faith because of 9/11.

In 2010, while working as an intern for the Chattanooga Times Free Press, overheard and read criticism of the paper running a large bedbug photo on the front page on the ninth anniversary. The rationale

In 2011, while working for Patch, covered an aunt and uncle donating a flag containing the victims’ names to the Powder Springs Police Department. One of the names was their niece, Jennifer Kane, who worked on 100th floor of the North Tower, just above the impact zone. 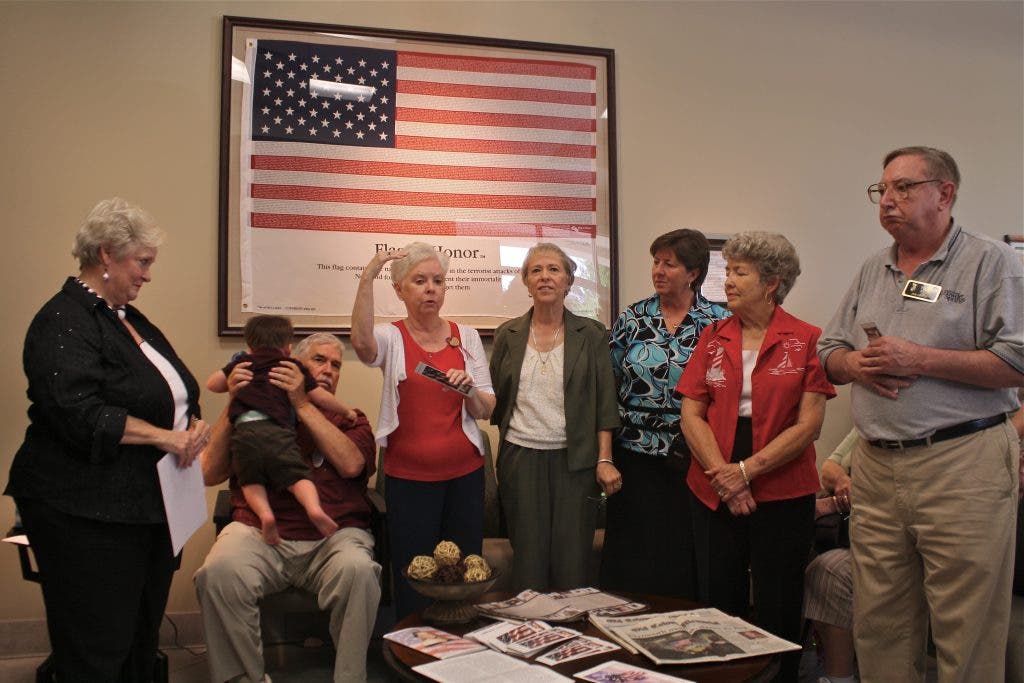 In 2019, visited the Ground Zero memorial in New York, soon before the pandemic. Purposely sought out Betty Ong, maybe the name I’ve known the longest attached to Sept. 11 attacks because of her calls from American Airlines Flight 11.