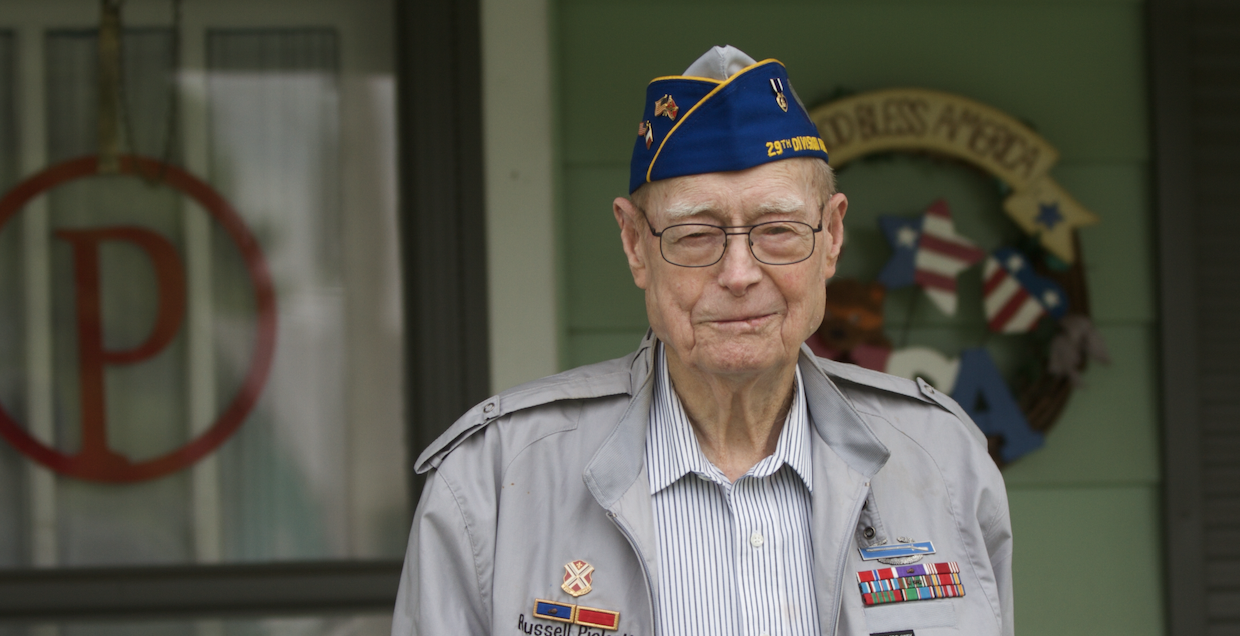 Russell Pickett, the last known survivor of the Company A “suicide wave” at Omaha Beach on D-Day, passed away on Aug. 2 at age 95.

I’ll be forever grateful to Pickett for welcoming me into his home in 2019 and sitting for an hours-long interview for Senior Times magazine about his time before, during, and after the war. It’s my favorite-ever interview and likely will remain so.

Pickett’s company was the first wave of attack against Omaha Beach during Operation Neptune — better known as D-Day — on June 6, 1944. Omaha was the deadliest of the five D-Day beaches, and its gruesomeness was depicted in the 1998 film “Saving Private Ryan.”

A flamethrower whose landing craft was hit on approach, Pickett recovered from his injuries in England and went on to fight on the front lines of mainland Europe, including in the Battles of Saint-Lô, Vire, and Brest.

At Saint-Lô, he was injured by a German grenade, and an artillery round at Brest put him in an English hospital for the remainder of the war.

At a 2019 ceremony in France for the 75th anniversary of D-Day, President Trump recognized him as a “tough guy” and embraced him.

I caught the ceremony on C-SPAN and, on a whim, googled where Pickett is from. I got Tennessee and then, in a huge coincidence, narrowed it down to my hometown of Soddy-Daisy. I was visiting my mom at the time, and his listed address put his house about 10 minutes away.

I called his number shortly after, and his wife said that though he’d need to rest a couple days from his trip, he’d be happy to talk with me. Below is that conversation.

It’s a huge loss, but his life is one we’ll remember, be thankful to have known or learned about, and be endlessly grateful for.