From Iceland to Iwo and a Nixon Encounter, Marine Trudged Through World War II

17/10/2015 No Comments on From Iceland to Iwo and a Nixon Encounter, Marine Trudged Through World War II 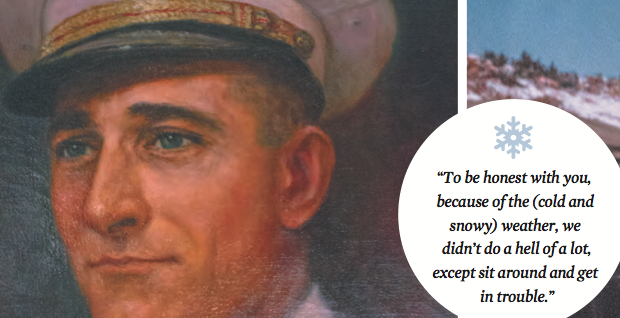 —
Gathered around the island of Iwo Jima are many American ships, the total climbing to almost 500, and aboard one, a transport ship named Mormac Port, warrant officer Clif Cormier heads topside to watch his fellow Marines charge onto the volcanic-ash hellscape.

The Mormac is closer than most of the other ships — so close that, through his artillery binoculars, Cormier can see individual U.S. troops scurrying about the beach after they land. Surprisingly, the Japanese aren’t making too much of an attempt to repel, firing only a few artillery rounds and some small arms.

“We figured, ‘Hey, great. We killed all the bastards’” with the pre-landing naval shelling and aerial bombings, Cormier said. “They’re not even shooting back.”

But soon, within two hours after the first landings and with the beach now full of Marines, the Japanese unleash their machine guns and artillery, creating devastation with no escape.