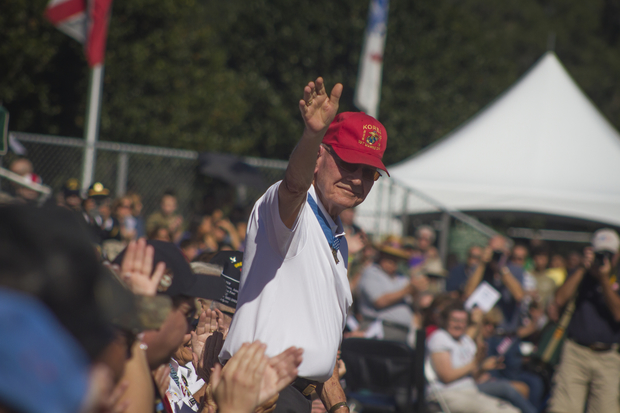 Last Veterans Day, in 2013, I attended Alachua County’s ceremony for our Armed Forces. The community has the privilege of being home to one of the 79 living recipients of the Medal of Honor, Marine Cpl. Duane Dewey, of Hawthorne, Fla. How Dewey, now 82, earned this distinction seems certainly enough—and then some—to garner the distinction.

In 1952, Dewey was a gunner in a machine-gun platoon near the village of Panmunjon in Korea when a grenade went off close to his feet. While a doctor was seeing to he and his assistant gunner’s wounds, another grenade 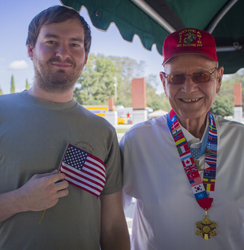 landed, and Dewey positioned himself on top of it to protect the other soldiers.

Somewhere in the mix, was also shot in the stomach, which his other, more severe wounds had hidden until later in a hospital.

Dewey became the first to receive the medal from President Eisenhower in March 1953.

There may always be tensions and disagreements at the top of the military ladder, but brave, selfless women and men like Dewey remind us why the boots on the ground deserve all the respect in the world.

I’m proud to have met him.