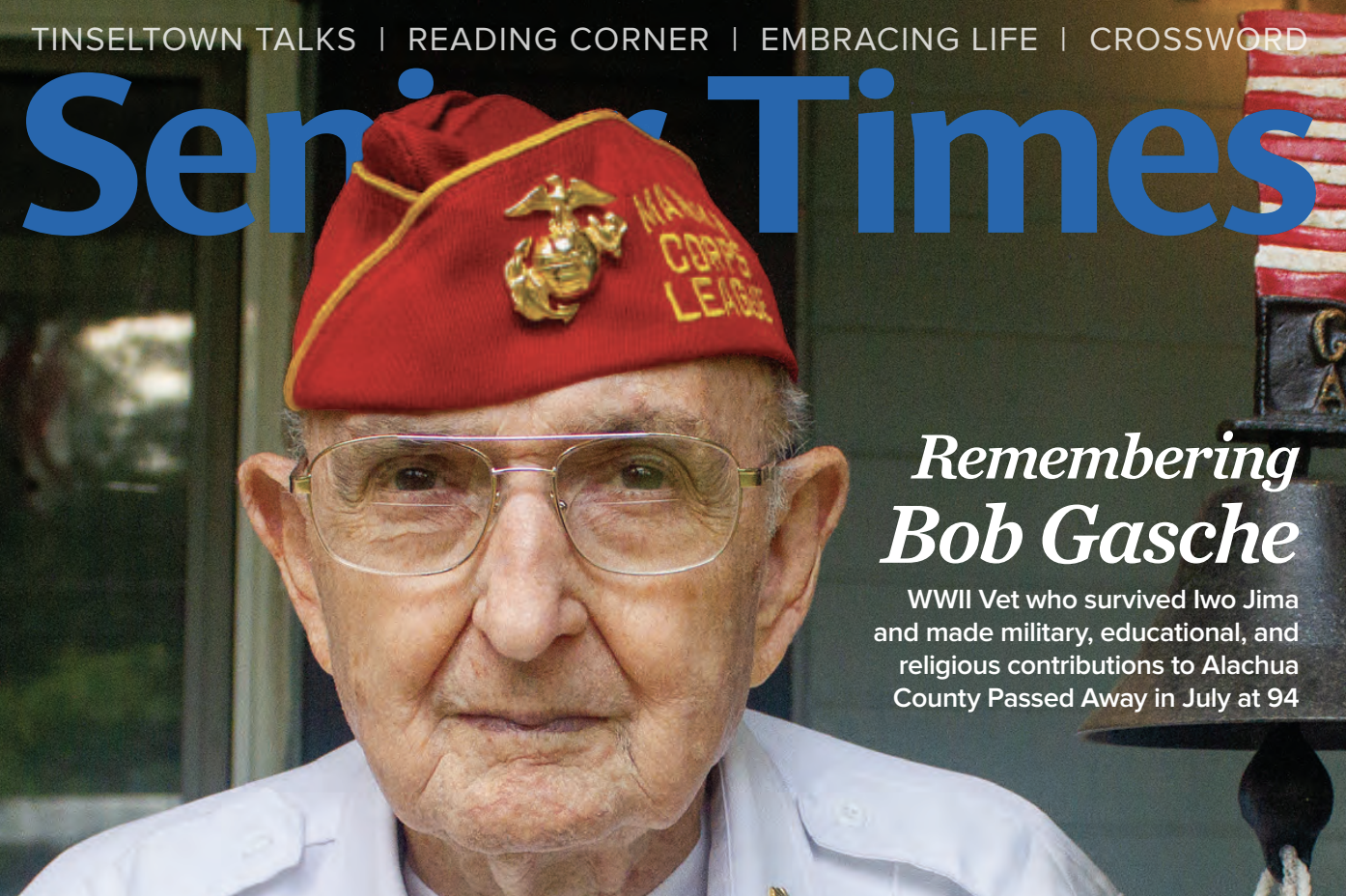 They had both went skydiving in old age, “but he was on his 90th birthday,” Gasche told me in an interview that summer shortly after his jump. “I jumped at 91. I got one up on him.”

Taking place at the annual Patriot Festival in Virginia Beach, it was quite an experience for a nonagenarian: jumping tandem out of a plane, freefalling, floating down via parachute, and being treated as a celebrity by event-goers, selfies and all.

Gasche called the jump “one of the biggest thrills of my life.”

A Marine in the war, Gasche landed on Iwo Jima during the battle’s first day and fought there for 12 days until be injured by mortar. He went on to serve in the Korean War, work for many years at P.K. Yonge Developmental Research School in Gainesville, start a landscaping business, serve in an abundance of local and military organizations, and become one of the most prominent veterans in the area.

Gasche died at age 94 on July 30 — 10 days after dozens of friends and family members lined the halls of North Florida Regional Medical Center to salute him as he was transferred into hospice care. They held American flags and recited the Pledge of Allegiance and the Marines’ Hymn.