Since I first received a speeding ticket in Waldo, Florida, and wrote about the shady practices of its police force last year, a lot has happened.

Five officers told the Waldo City Council in August that police Chief Mike Szabo required them to collect a certain number of speeding tickets per shift. Ticket quotas are illegal in Florida because police are meant to be crime fighters, not revenue generators. About half of Waldo’s $1 million budget comes from police revenue, the Gainesville Sun reports.

Szabo was suspended, and the next in command, Cpl. Kenny Smith, was caught using police equipment to monitor his private residence and stealing many hotel towels.

The Alachua County Sheriff’s Office took over the department briefly before the City Council voted to disband it. Now, in the wake of the ticket-quota fallout, a Gainesville law firm is preparing a class-action lawsuit and is inviting the many thousands of motorists who were illegally ticketed by Waldo to join.

The firm, Robert A. Rush, is experienced in false arrest, police misconduct, and excessive police force, according to its website.

When I found out about the suit, I immediately called the firm. I thought I was going at a reasonable speed with the flow of traffic in June 2013 when I got my $244 speeding ticket (which took a huge chunk of my salary as a graduate teaching assistant at the University of Florida). But, lo and behold, an officer was camped out right at one of the many rapid speed fluctuations along Highway 301 in Waldo.

I would encourage anyone else who has been victimized and ticketed by Waldo police to also contact the firm at 352-373-7566 or jake@robertarushpa.com. You don’t have to pay anything—all they need is your name and contact information. Anyone who was ticketed within the past four years is eligible.

The more people who get behind this, the more powerful the suit will be.

I wrote this and made the above video not necessarily as an endorsement of the firm, though I do greatly appreciate what they’re doing, but as a victim myself and someone who thinks what Waldo did to honest, taxpaying citizens is morally and legally wrong.

Hopefully, in a more broad sense, this will send a strong message to police forces around the country that they cannot so blatantly disrespect the people they’re paid to protect for the sake of revenue or taking out their own aggression problems. 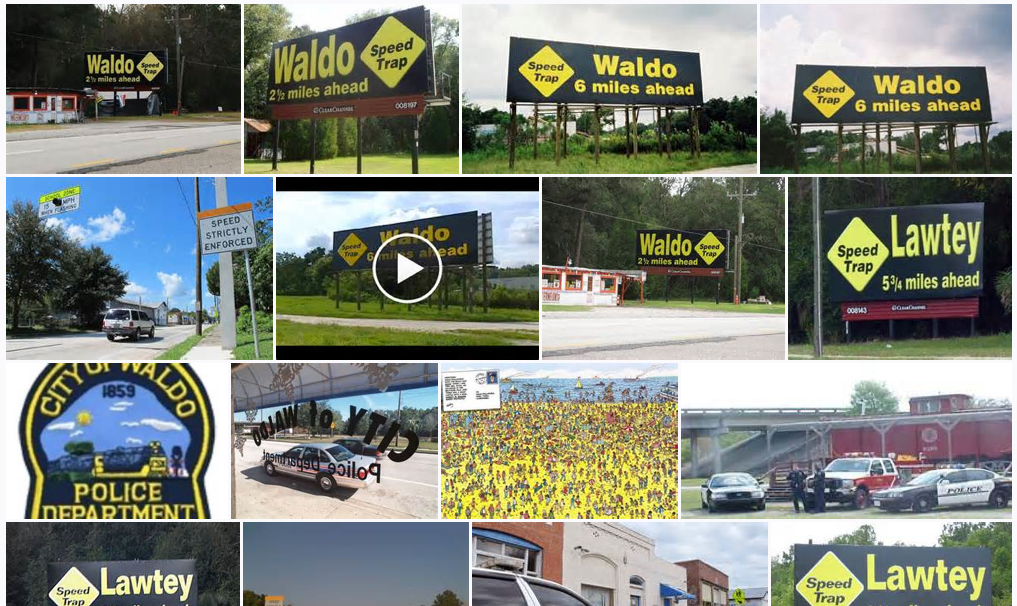