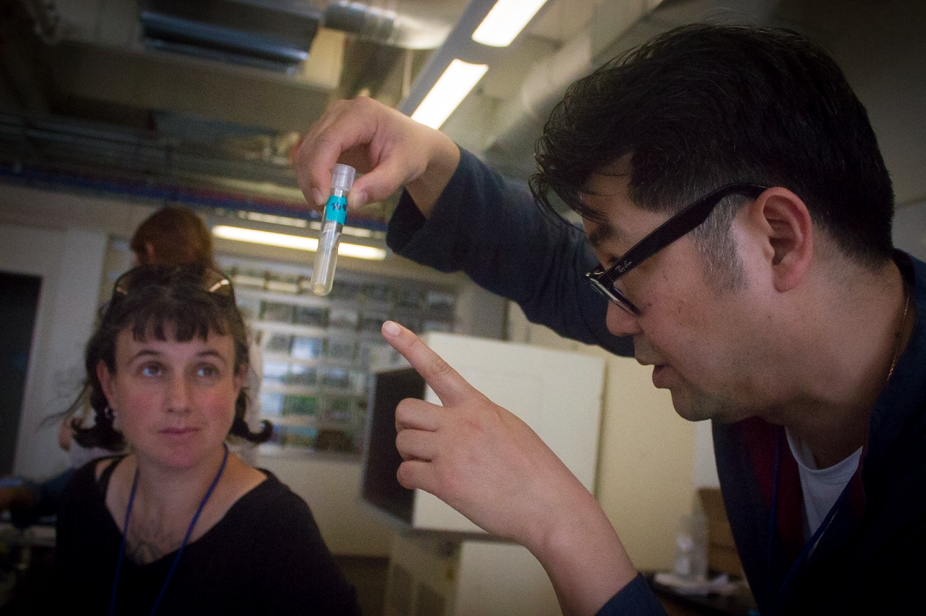 The Marine Biological Laboratory, founded in 1888 in the small coastal town of Woods Hole, Massachusetts, was kind enough to select me as a 2016 Logan Science Journalism Program biomedical fellow.

MBL’s campus is hallowed ground among many scientific communities, with 56 Nobel Laureates having an MBL affiliation.

The town of Woods Hole is exactly what you might expect a coastal Massachusetts town to look like: no chain stores among the few local shops on the main drag, privately owned boats bobbing along the shoreline, and a single drawbridge that let’s them in and out of a natural harbor. 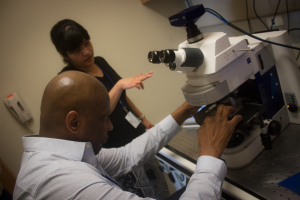 Freelance health writer and producer Rod McCullom learns how to mount a sample on a microscope.

MBL’s journalism program teaches science journalists (biomedical like me as well as environmental) the intricacies of laboratory research that they don’t usually see because their stories often have a more worldview approach or one that focuses mainly on an end result that fits into a six-word headline.

I arrived Wednesday after a flight from Gainesville to Atlanta to Boston and a bus ride to Woods Hole, and in just the past two days, I’ve learned more about hands-on research than I have in my whole life.

To start, we went over the basics. Here are some: 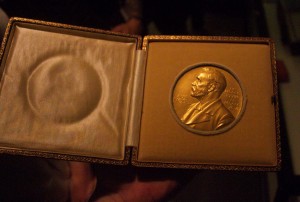 We also got a tour of the campus and its collection of rare books, which includes a signed copy of the sixth edition of Origin of Species and Thomas Morgan’s 1933 Nobel Prize, the first to be awarded for genetics.

All the cool factoids and anecdotes aside, we’re actually learning how to move about a lab. Yesterday, we fixed tips to pipettes, adjusted the volume knob to just the right amount, sucked up liquid and spit it back out in the correct tube.

We also learned how to use microscopes and the corresponding imaging program on the computer, a centrifuge, and a vortexer. Today (after a breakfast learning about acorn worms from Harvard postdoctoral fellow Jessica Gray and how MBL is able to keep them healthy by piping in water straight from the ocean), we applied that skill by looking at yeast under a microscope, with the main goal of examining and 3D photographing the mitochondria (deficiencies of which are tied to many illnesses), but also to better our lab and microscopy techniques. 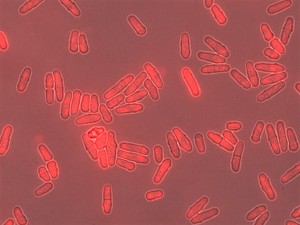 Yeast cells under a microscope.

What intrigued me the most was perhaps one of the most basic actions scientists go through every day: mounting the sample on a slide with a cover slip and seeing the seemingly infinite number of cells under the microscope. You have to mount the cover slip just right and tap it on top because if you don’t, the cells will move underneath the microscope and thus prevent 3D imaging.

I’m very thankful for the course directors, Drs. Brad Shuster and Phong Tran, as well as their teaching assistants for being patient with me and the other journalists in the program who are assuming the role of novice scientist for a few days while learning a great deal about research processes.

I’d encourage all the science writers out there to apply to this annual program. You’ll leave twice as science-y smart.