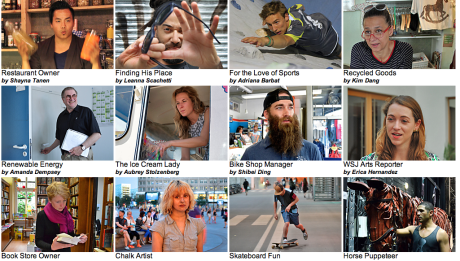 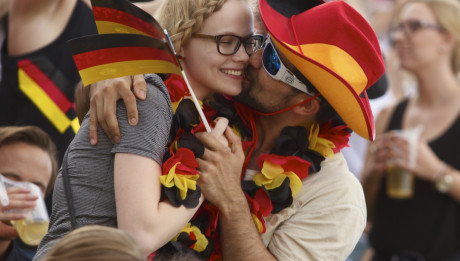 Germany defeated Portugal 4-0 Monday in the Group G tournament of the 2014 World Cup. I may be wrong, but it looks like the fans are enjoying the shutout in Munich’s Olympic Park, where the game was televised. Enjoy! [...] 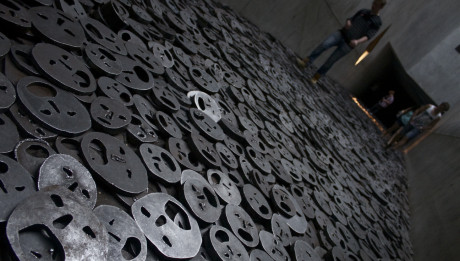 (Scroll over each photo for explanation) The key marking of the Third Reich’s brutality was the systematic discrimination and eventual genocide inflicted on millions of European Jews. Today, much reverence is paid in respect of their suffering, and during my recent trip [...] 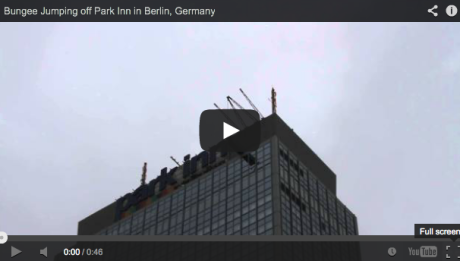 VIDEO: Jumping Off Buildings Ain’t No Big Thing in Germany

If you’re ever in Berlin and you catch a falling person out of the corner of your eye, don’t fear for them. Their harness should give a yank just before impact. “Base flying,” as it’s called, is offered from more than [...] 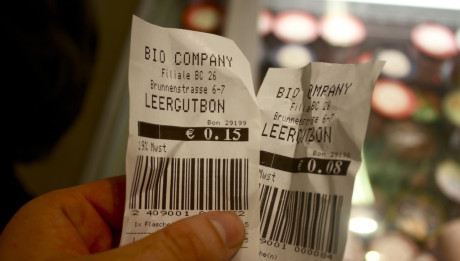 In Berlin, It Pays to Recycle

Being smart about waste has never been so green…environmentally and monetarily speaking. On the sidewalks of Germany’s capital city, Berlin, you’ll see women and men peering into trash bins with flashlights or pushing around buggies rattling with glass and plastic. Some also proactively ask for bottles and [...] 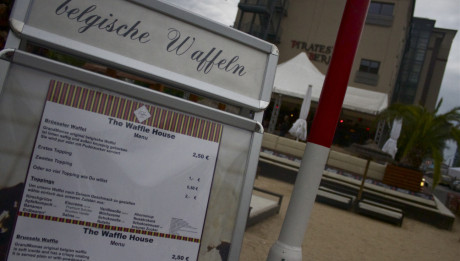 This Is How Berlin Does Waffle House

If all the Subway, McDonald’s and Burger King restaurants in Berlin don’t settle your taste for fast, American munchies, there’s always Waffle House—at least in the name. At the southeastern tip of the Berlin Wall’s East Side Gallery section, along the [...]